Journalist currently focused on reporting on the Covid-19 pandemic and its effects on higher education. Passionate about telling stories through data, graphics and other digital tools. Currently the Digital Director at The Middlebury Campus, the student newspaper at Middlebury College in Middlebury, Vermont.

Over half of fall courses to be offered completely remotely, Campus analysis finds

When Middlebury announced its reopening plans on June 22, the college estimated that roughly a third of classes — approximately 175 of 530 courses — would be taught remotely in the fall. Based on a Campus analysis of the most recent version of the course catalog, that figure is actually over 50%. 269 of the 503 courses — or 53% — will be offered completely in either “scheduled online” or “flexible online” modalities, with no in-person components at all. 87% of classes will be taught online in s 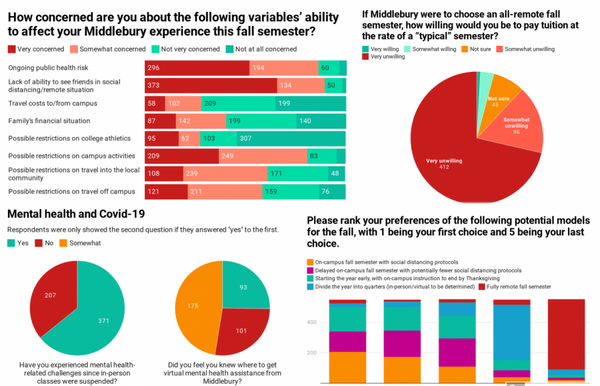 Up to 60% of students would seek a leave of absence this fall if the college were to choose a fully-remote path, results show. We sent students a survey last week asking some of the questions that have continually shaped our lives since March 10. From the data collected, we learned that: • Most students felt that professors were understanding. Ninety percent of surveyed students were satisfied with professors’ accommodations through remote learning. • Classes could get a lot smaller if we remai 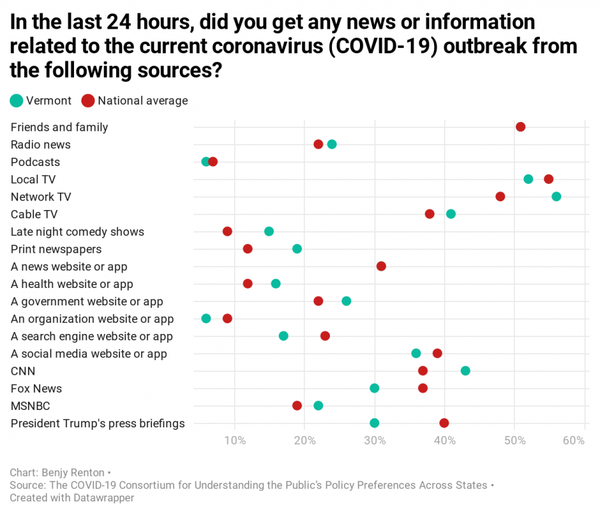 A vast majority of Vermonters show a desire to delay the reopening of the state’s economy and continue social distancing restrictions, even as 26% surveyed have been laid off or lost a job, according to new polling data from a nationwide survey. Conducted as a joint project between researchers at Northeastern University, Harvard University and Rutgers University, the Covid-19 Consortium surveyed over 22,900 Americans nationwide on various topics relating to the pandemic. Questions touched on ho

Zeitgeist is The Middlebury Campus' annual all-student survey. I oversaw the survey process over multiple months, from devising questions to distributions and finally reporting and data analysis. Based on the data we collected, I designed all visualizations for the final project. 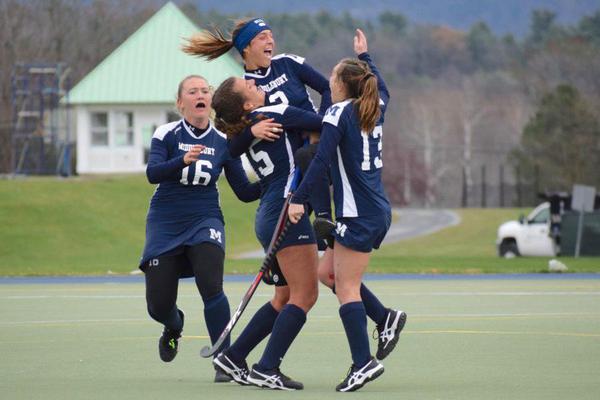 Snow fell on the turf throughout the morning, but the Middlebury field hockey team was not kept away as it captured its third consecutive national championship — its fourth in five years. This was the second-ranked Panthers’ fifth NCAA Division III championship win, having previously captured the title in 1998, 2015, 2017 and 2018. The Panthers traveled to the final four for the 11th time in program history after receiving an automatic bid with a NESCAC championship win, securing victories agai 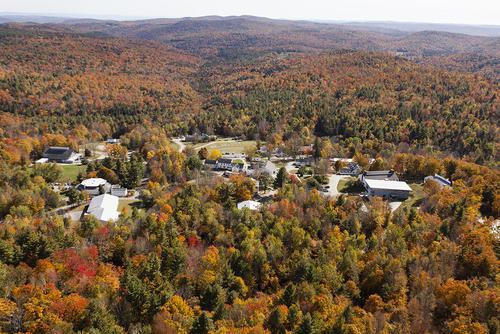 This past year has brought significant changes to the higher education landscape in Vermont, as Green Mountain College, College of St. Joseph and Southern Vermont College closed due to declining enrollment and financial issues. One more college has just announced changes to its operations — Marlboro College plans on giving its endowment and real estate assets to Emerson College in Boston. This merger has been in the works since early 2019, according to a statement from Marlboro College. “The Bo 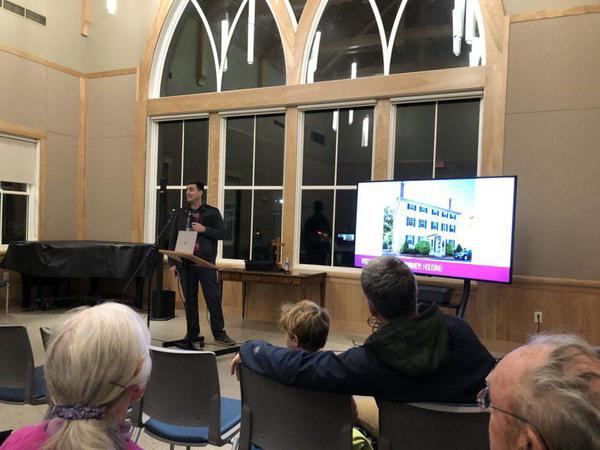 What do we want in downtown Middlebury? How can we make it a place where everyone feels comfortable? These are questions that the Town of Middlebury’s Planapalooza aims to answer. Planapalooza is a part of the Middlebury Downtown Master Planning project, an initiative led by the Middlebury Planning Commission and Town Planner. The lead consultant and facilitator for the project is Town Planning and Urban Design Collaborative (TPUDC), a firm that works nationwide and is based in Franklin, Tenn. 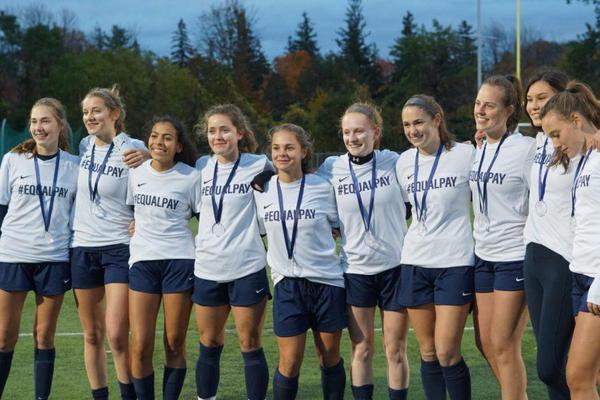 After the U.S. Women’s National Soccer Team’s success in this year’s Women’s World Cup and the team’s fight for equal pay captivated millions around the world, the Burlington High School (BHS) girls soccer team decided to take their inspiration to a new level. Beginning with a campaign to sell jerseys bearing the hashtag #equalpay for a game under the lights at Burlington on Friday, Oct. 18, their message for equal pay for women has since garnered national and international media attention, incl 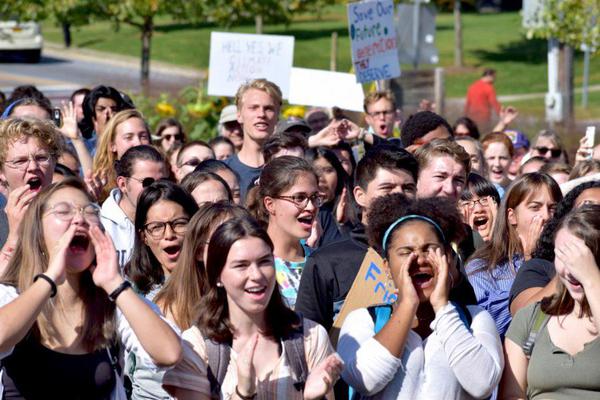 Climate activists in over 150 countries left work, school and business as usual to join last Friday’s Global Climate Strike. The first event in a planned week of worldwide climate activism, the Global Climate Strike arrived in Middlebury as hundreds of students, professors and town residents gathered at College Park to protest government apathy toward climate change. College students walked out of class at around 9:45 a.m. to attend the rally, joining students of all ages from the Addison Centr 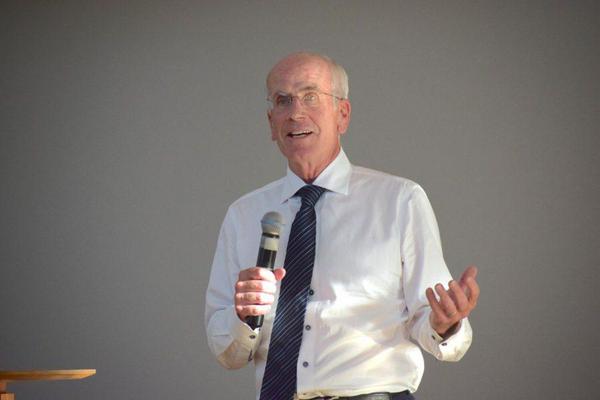 Speaking to a crowd of around 40 people at the Champlain Valley Unitarian Universalist Society in Middlebury, Representative Peter Welch (D) stressed that politics in Washington have reached a boiling point. “What’s going on in Washington now is very serious and very dire,” he said. “What’s in contention are the guardrails of democracy.” Welch was invited to Middlebury last Monday, Sept. 16 for a community forum hosted by the Addison Independent and moderated by the Addison Independent’s Angel 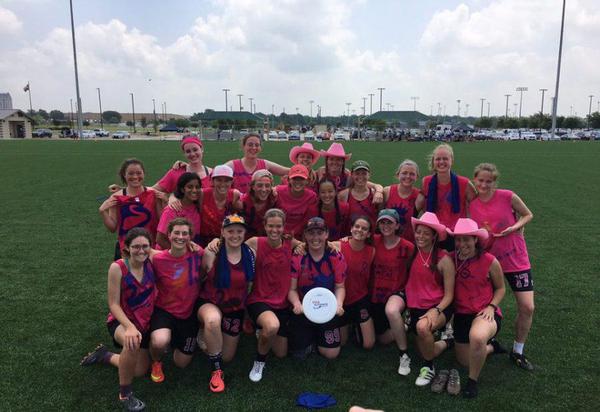 They came, they frisbeed, they conquered: Middlebury Pranksters take Nationals

Driven, unique and fun. Capping a spectacular season this spring with players across class years and ability levels, the Middlebury Pranksters ultimate frisbee team achieved impressive results at this year’s D-III College Championships, with the men’s team snatching the national championship title and the women’s team placing fifth. The teams faced tough competition on the way to the championship weekend, capping historic seasons. Both teams started their seasons at College Southerns down in Ge 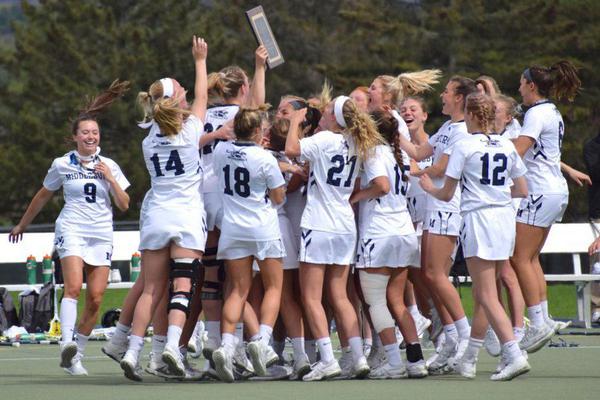 Ashland, Virginia — While the 90-degree weather proved to be hot, the Panthers were even hotter, as the third-ranked Middlebury women’s lacrosse team defeated the seventh-ranked Salisbury Sea Gulls 14-9 in the NCAA Division III championship. This is the team’s seventh national championship title in program history and first since 2016, having previously capture the title in 2004, 2002, 2001, 1999 and 1997. After defeating Wesleyan 16-8 the previous day in the semifinals, the Panthers’ winning st 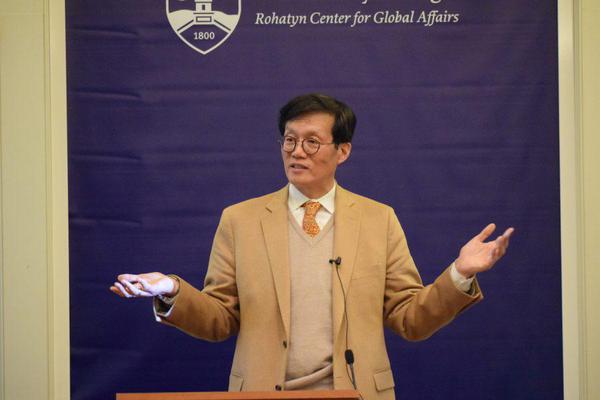 Speaking to a full audience in the Rohatyn Center for Global Affairs Conference Room, Changyong Rhee P ’21, Director of the Asia and Pacific Department at the International Monetary Fund (IMF), asserted that Asia must not be ignored in the 21st century. “I strongly believe that your generation cannot miss the opportunity of China and Asia as a whole,” he said, drawing on his background as an academic, economist, policy advisor and parent. Rhee’s is the first lecture in the China@70 speaker ser
Close ✕